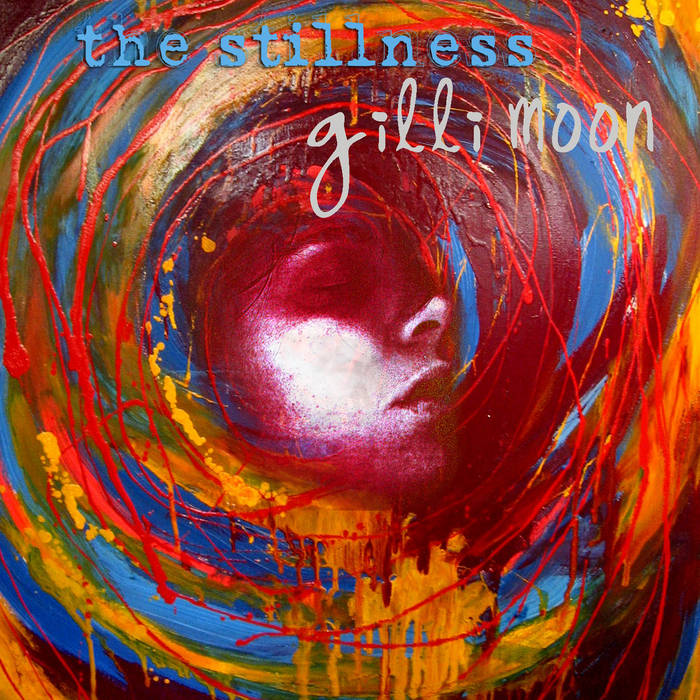 gilli moon's 6th music creation, the stillness speaks of arriving at a place of inner-ease and personal strength, of self-knowing and understanding. It talks of harmony, and peace (personal and world), of passion and prophesies, of harmony and conflict, of assurance and doubt, of love and loss... (the dual meanings of life and existence in this world that we all can't deny.) Soulful melodies, rich harmonies and cleverly crafted songs: the stillness is a brilliant continuation of gilli’s earlier albums.

The album combines soothing piano work, soaring RnB-esque melodies, Pop beats not out of place on a Lily Allen record and a warm vocal presence that when drenched in gilli’s penchant for the artistic and the colorful, brings to life an album of grace, beauty and warmth. The album’s defining moments include the soul-infused ‘Conversation With Me’, the beautiful and fantastically catchy ‘Outside In’ and the upbeat zeal of tracks like ‘I’m Alive’ and ‘I Am’, both of which could be placed quite comfortably next to Alanis Morissette’s work, thanks largely to their fantastic choruses and clever instrumentation. But it's the title track (+ video), "The Stillness" that speaks her innate truth of riding the roller coaster and finding inner truth and peace, paralleling the outward life of this multi-faceted artist, gilli moon.

Her joy for the piano are evident here, interwoven into a tapestry of sounds and rhythms that range from soft whispering ballads, to grooving, evocative and energetic full band productions. Let it be said, however, that the "growing up pains" and angst driven past are no more. This album marks the coming of age of gilli moon, with sophisticated sounds, strong and positive lyrical content, and deeper, experienced production values.

This album is elegant. It's sophisticated. It's revealing of the human heart. Once again, like all of gilli moon's concept albums, she takes us on a journey: this time, to her inner peace, inner quiet, silence and, importantly, self-connection, amongst a tumultuous, roller coaster world that we live in. It defines her idea of being the master of your own destiny, and the ability to stay connected to your higher purpose, no matter the circumstances, outside forces or influences: the calm within a storm; being centred amongst chaos.

The artwork of the album is definitive of this dichotomy, art that gilli designed, being also a visual artist. On the front cover, gilli sleeps, inside the turmoil of her evocative paint. The back cover, on the other hand, has her eyes open, confident, and revealing. She stands convinced, amongst the blaze, amongst the spinning, still, appealing and transformed, like Isis in Ancient Greece, or Matreya, goddess of women.

Ultimately, gilli moon's new album, the stillness, takes the listener on a journey through gilli's love stories, life lessons and observations of the world, with her own stamp on musicality and performance. There is nothing like gilli moon. You can't put her in a box, and she doesn't intend to be in one.