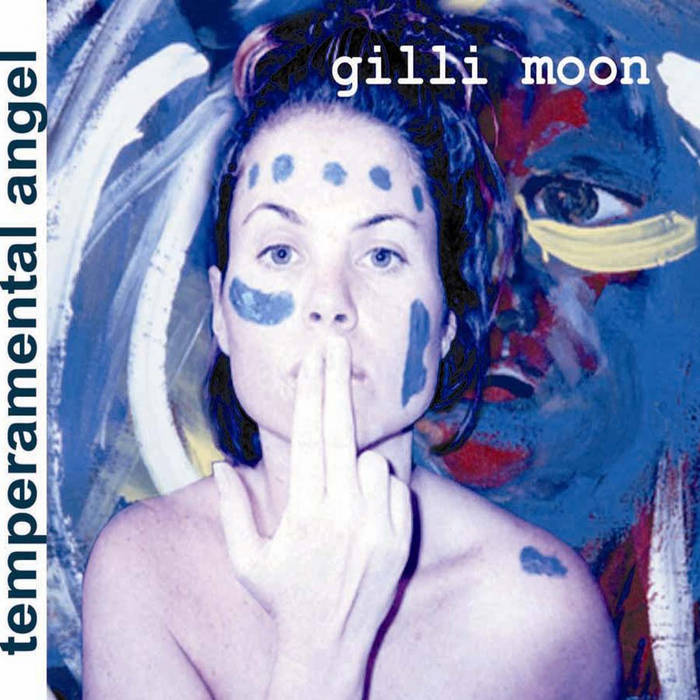 temperamental angel delivers us gilli moon’s personality crisis, emotions and sensuality. It’s edgy, emotional and alternative juxtaposed with gilli’s soulful female voice and powerful rock and sweet ballads. gilli moon who wrote all the songs on the album, also produced the album, with co-producer Evan J. Beigel in North Hollywood, Los Angeles. The album sends powerful messages about self empowerment, embracing the full range of human passions and emotions that our personalities express. The album has been produced in a way to capture gilli's raw and sensitive emotions combined with her unique, naturally trained voice. Keeping with her vision, much of the production was spontaneous following a very organic approach, with all recording using live instruments.

Title track winner of the Song Expo 2001, Benelux and No. 7 in the Top 15 of the Chicago Star Newspapers Albums of the Year. Hot song picks: "Temperamental Angel" (plus music video), "Naked", "Disgrace" and "Touch Me".

It marks gilli's first true epigraph of what she is really about - raw, organic, sensitive yet strong.